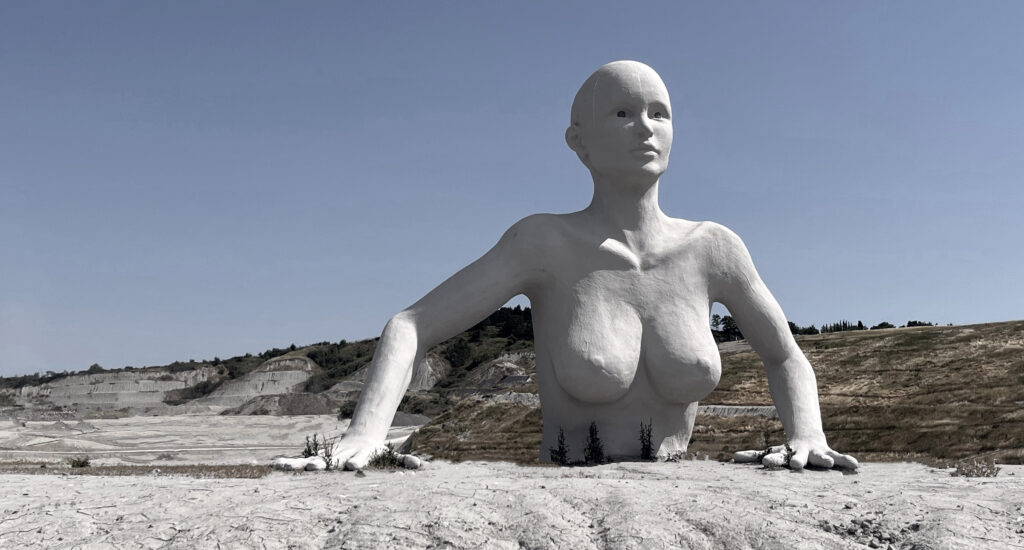 A film by Vito Palmieri

Anna has served fifteen years in prison for the murder of her twin sister. She’s only in her 30s, when she finally decides to move to a small Tuscan town, to start afresh. Burdened by her secrets and by her new over-controlling employer, she struggles to settle down and open up: Antonio’s flaws, a shy, introverted man from the village, seem to help Anna feeling ready to take her second chance. However, her past catches up with her eventually, proving that judgment, unlike sentences, never ends.

Aged 33, Anna has served 15 years in prison for the murder of her twin sister.
When it happened, she had barely come of age. She did her time, but the judgment lives on beyond the verdict, both in her and people’s eyes. She can’t either find the strength to face her mother again, despite the mediators who have been facilitating her restorative justice process for years. So, she runs off to a small Tuscan town, where she’s got a job as a librarian. The manager who hired her is all too kind to her. He senses she is burdened with a dark past and manipulates her by promising to keep the secret. At least until Anna meets Antonio, a shy, introvert who establishes a pure, albeit clumsy relationship with her. Marco is anything but pure though, and in the end, he reveals Anna’s secret to Antonio and to the whole community. In a moment, Anna’s past catches up with her again, but this time she will have the strength to face it and pave the way for her second chance.

«I developed Anna’s character after teaching film courses in a local prison and the criminologists I worked with highlighted how female social reintegration process can be even more complex, as well as being less explored. Anna has lived in remorse since the day she killed her sister. Even if she’s facing a new chapter of life, she continues feeling inadequate as she did in the past: a feeling that everyone has experienced, sooner or later.
My challenge lies in grasping the main character’s subjective reactions, in her self-absolution process and in her interpersonal relationships, her own rejection and the shaming of others. Some details of the landscape, where the film will mainly be shot, will be metaphorical: shapes of men and women emerge from the small Tuscan town’s landfill as macro-sculptures, solitary giants who recall the protagonists’ loneliness. The town – a place of the past, nestled in a laconic Italian valley – receives the dormant emotions of the protagonists who are awakening in their inner world, preparing for their rebirth. We have all experienced hitches, setbacks and moments of rejection from the world. I envision Her Second Chance as a catharsis for each one of us»,

Palmieri was firstly appreciated by critics and audience for his short films: among them, Tana libera tutti (2006, David di Donatello finalist) and Matilde (2013, premiered at Berlinale, Best short film awarded at TIFF). His debut feature film See You in Texas (co-produced by Rai Cinema) won the Grand Prix at Shanghai IFF (2015). His last short The World Championship in a Square, produced by Articolture, was presented at the Venice Film Festival and received +40 awards worldwide, including the shortlist at Nastri d’Argento and Globi d’Oro 2019. Her Second Chance is his third feature film.