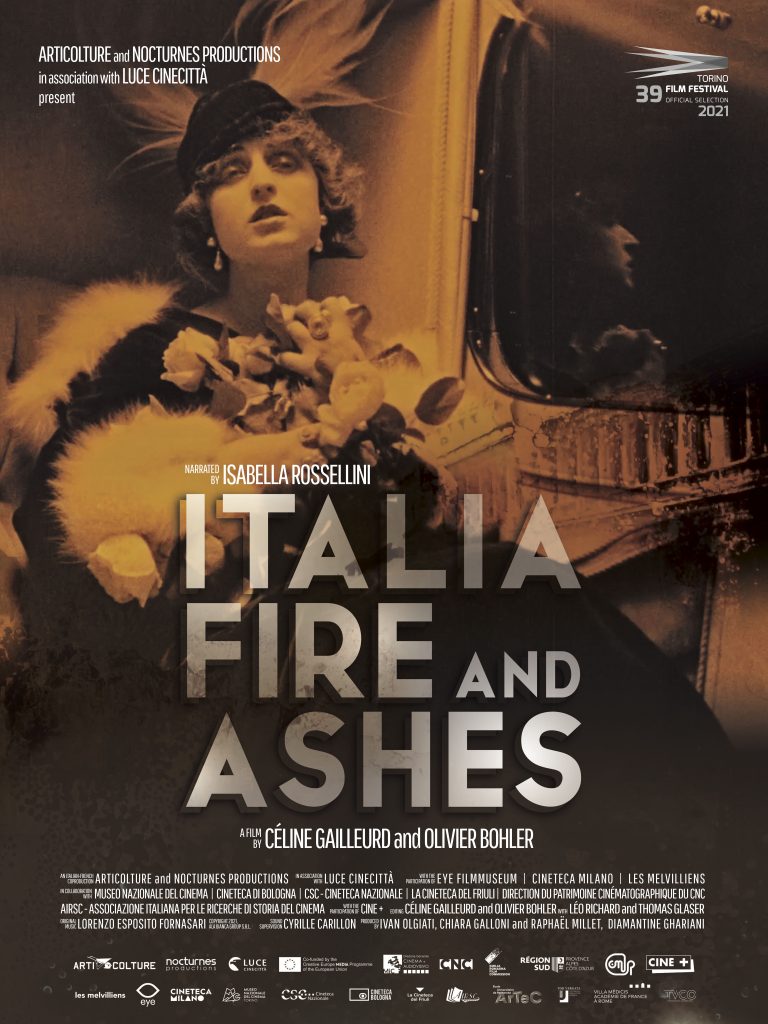 a film by Céline Gailleurd and Olivier Bohler
with Isabella Rossellini

The Italian silent cinema is one of the most famous at all, but who knows its origins, its first decades, from 1896 to 1930? In a contemporary and lyrical way and through fragments that fulfill the European Archives, ITALY. FIRE AND ASHES lets this Atlantide come to light again.

ITALY. FIRE AND ASHES had its premiere on Wednesday 1 December 2021 at the 39° Torino Film Festival in the official selection of Out of Competition / Incanto del Reale.

Among the history of cinema’s secret universes, one has been forgotten for many years: the Italian silent one. Whole generations have been influenced by its directors, actors and stories. But who really knows its first decades, from 1896 to 1930? That flourishing film-industry gave birth to peplum, let the first stars shine, and many film-makers created their own style thanks to the trends of that time in painting, literature, theatre and opera. In its world of splendor and decadence, this cinema gained international fame, enthralling crowds, intellectuals and artists from all over Europe and abroad.

Through fragments saved in the Film Archives from all over Europe, a whole period of time will emerge with its effects, and the so-called decadantism will be the most palpable feeling: a taste for the sublime, for sophistication, for death. The main characters of Italia will be all those directors, actors, actresses and critics who contributed to the exuberant originality of that cinema: Giovanni Pastrone, Elvira Notari, Lydia Borelli, Itala Almirante, Pina Menichelli, Francesca Bertini, Roberto Roberti… They will be our heroes, as their evocative films’ titles and their recurring topics: the crowd, the body, the relationship between men and women…

The emotions will be at the heart of the work. In a contemporary and lyrical way, we will discover the roots of Italian cinema – that was born more than a century ago and it still attracts cinephiles from all over the world – letting this forgotten Atlantide come to light again from the waves of the memory.